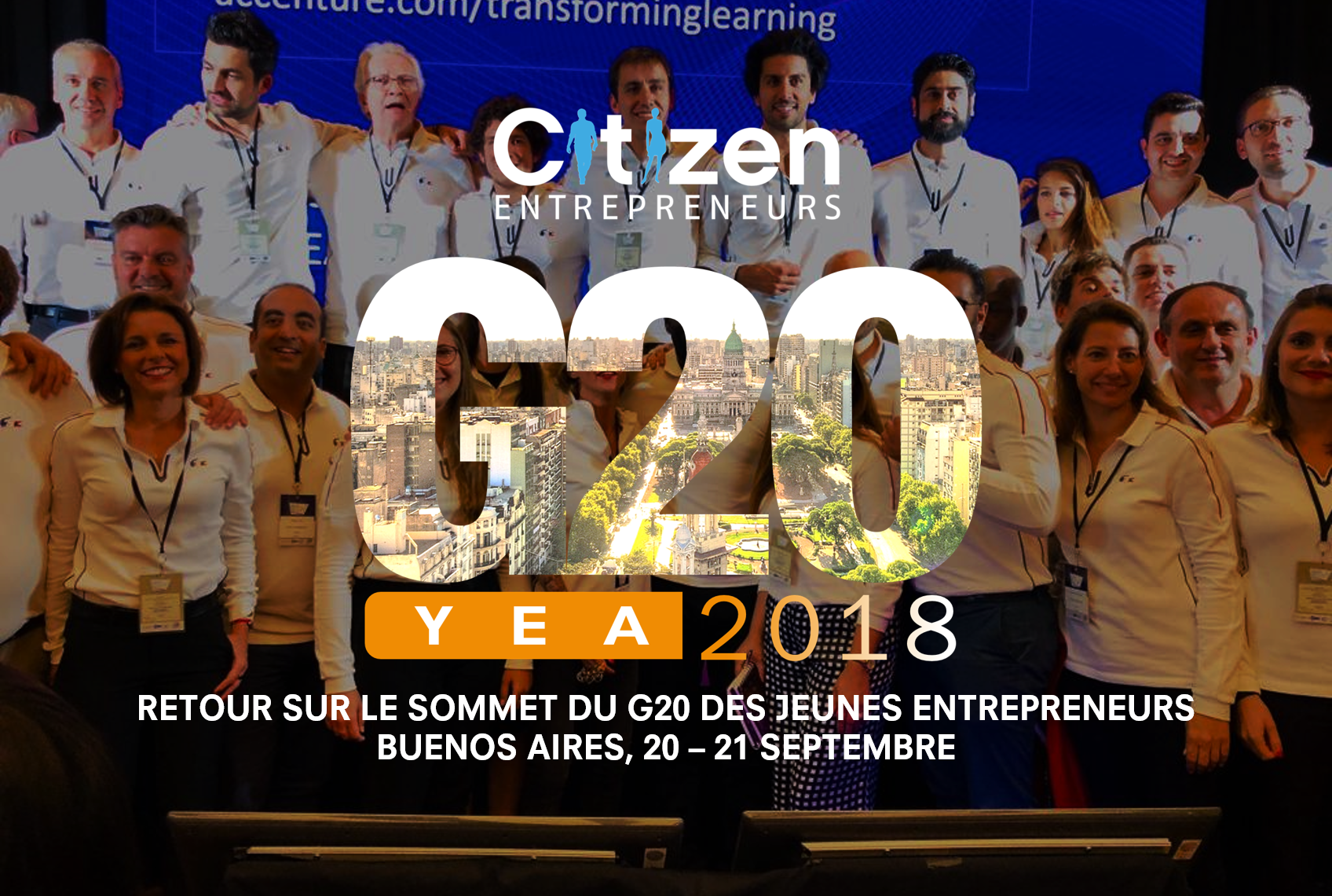 Nearly 400 young entrepreneurs from G20 countries gathered in Buenos Aires on September 20 and 21, driven by a desire to share their positive and social vision of entrepreneurship and its role in society.

It is in this spirit that the 33 members of the French delegation joined Argentina to represent our country!

Together, the delegations made concrete recommendations to the G20 Governments for growth, innovation, job creation and social change through entrepreneurship.

Relive the adventure of the French delegation….

“Entrepreneurship, Education and the Business of the Future”

This year, education was at the heart of the Summit’s debates: it is the subject of the first recommendation. Entrepreneurs also made two other proposals, one on international mobility and the other on “smart” taxation for the development of young companies.

We invite you to discover the final communiqué of the G20 YEA 2018, signed by the presidents of the delegations of entrepreneurs from the G20 countries, including Grégoire Sentilhes, president of Citizen Entrepreneurs and G20YEA for France.